Working hard in the tropics

Since 2001, a Siwertell mobile unloader in San Juan, Puerto Rico, has logged over 40,000 hours in operation, unloading over three million tons of cement; behind these capabilities is a commitment to service, both from the owner and Siwertell

The high humidity and temperatures of the Port of San Juan, in Puerto Rico, present a challenging backdrop for any piece of heavy machinery operating outdoors, but add into the equation a demanding operational schedule and this challenge becomes even greater.

These are exactly the conditions in which a Siwertell unloader has reliably performed since 2001. The 10 000 S gantry-based mobile unloader unit – owned by Colombian company Cementos Argos since 2015, formerly known as Antilles Cement – has, more often than not, unloaded 30,000 tons of cement every second or third week for over 17 years, totalling more than 40,000 hours in operation.

“This is an impressive legacy,” says Jörgen Ojeda, Director of mobile unloaders, Siwertell. “Our machines are renowned for their quality and reliability, and I think this type of installation really shows how hard they can work.”

A proactive approach to maintenance

“The unloader has worked hard for us and I would estimate that since 2001, we have already unloaded close to 3,200,000 metric tons of cement. I consider this much more than exceptionally good performance. The unloader is very robust, and if you operate it correctly, it is very reliable as well,” says Marco Desinano, Terminal Director, Cementos Argos.

As for regular maintenance and servicing, Cementos Argos takes a proactive approach. Over the years, Siwertell has provided service support to San Juan with spare part changes and inspections.

“With this type of work you need to be more proactive than reactive, weighing up the risks and costs to the operation,” Mr Desinano continues. “We always have a pre- and post-discharge procedure to keep the machine prepared. During unloading we keep a close eye on all aspects of operation; leaks, sounds, temperatures and much more. We adjust our needs after discharge processes and make changes to our maintenance plan if needed; most often we have enough time to order any spare parts that are required. 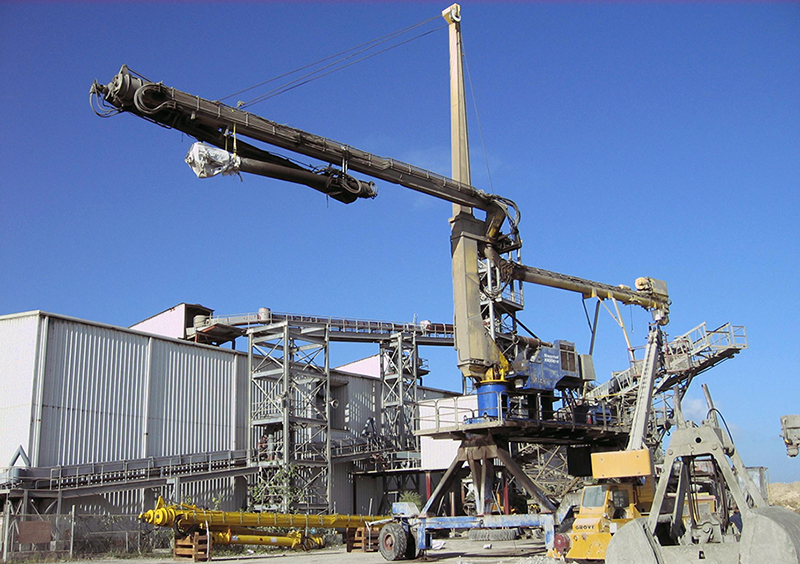 “We always use genuine Siwertell spares. We are impressed with the lifetime of wear parts such as bearings, screws and tubes, and we understand that many hours of engineering are behind each component; sometimes comparisons are needed for cost verification.”

Cementos Argos tends to carry out its own maintenance work, but over the years has called upon Siwertell for assistance. “Sometimes issues are resolved over the phone, or occasionally a site visit is required, depending on the problem,” he says.

“In 2015, all the hydraulic hoses were changed, eliminating any leaks. During this upgrade, we also had the opportunity to change the main slewing bearing, hydraulic cylinders and various other parts,” Mr Desinano notes.

A bit of Siwertell magic

“We have always experienced Siwertell as very supportive, providing whatever assistance and help we have required with our maintenance and service activities. For example, during unloading operations, we have urgently needed to replace hydraulic pumps or other spare parts that have simply stopped working. I do not know how Siwertell does it, but it is like magic, and in a few days we have the spares on site; that is amazing service, and it is always the same.” 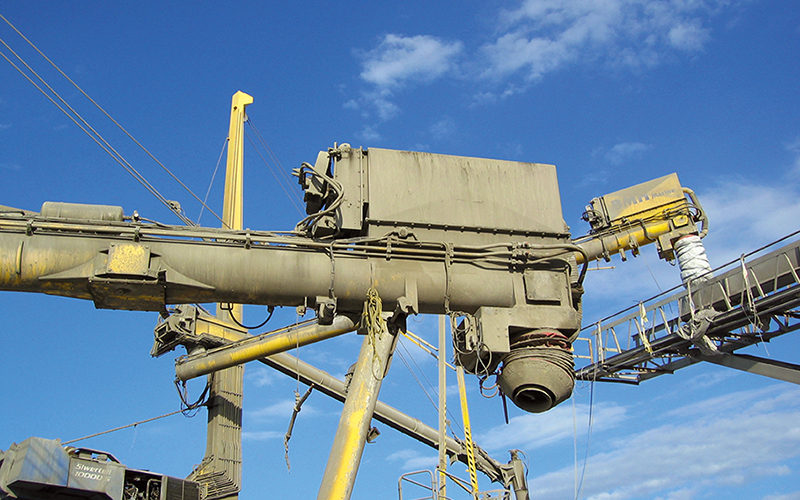 Until 2009, the 10 000 S gantry-fitted mobile unloader unit worked alongside a trailer-based port-mobile Siwertell 10 000 S unloader, which was delivered in 1999. “Our decision to choose a Siwertell machine initially was definitely influenced by the good reputation that Siwertell has built up within the cement handling industry all over the US,” Mr Desinano points out.

“We had no previous experience of operating a Siwertell unloader before the delivery of our first unit, but did a lot of comparative analysis to find a machine that fitted our needs,” he adds. “The Siwertell unloader was chosen over a more traditional system because of its overall capabilities, including its low power consumption and the cleanliness of the discharge process.

“Our location in the bay of San Juan, in front of the historic centre of Puerto Rico, is environmentally very sensitive. This, as well as the unloaders’ other benefits, helped us keep operating costs at optimal levels and simultaneously ensured our compliance with Environmental Protection Agency (EPA) regulations.

“A trailer-based mobile unloader was initially purchased because at the time it is what the reality of the local market needed; volumes were limited and this model of machine fulfilled the company’s goal,” Mr Desinano. “This first unit was retired in mid-2009, as we no longer required it. Up until that point, it not being gantry-based, actually complemented the second unloader, so after we bought the gantry-fitted unloader we often would start unloading with both machines simultaneously.”

The decision to purchase a 10 000 S gantry-based Siwertell mobile unloader was made for several reasons. “We needed to handle larger ships, but there were other reasons why we opted for this particular model of Siwertell unloader. Our first machine, without a gantry, did not allow us to handle larger ships, also we were incurring increases in freight costs because we did not have the capacity to transport greater volumes of cement and finally, there was a boom in local construction, so we had to take the decision to order a machine on a gantry that could handle larger ships.

“We ordered a second Siwertell machine because we were pleased with the performance, reliability, efficiency and cleanliness of our first Siwertell unloader. Also, all the personnel involved, including mechanics and operators, knew the previous machine and already had experience with its performance, and the system’s user-friendliness,” says Mr Desinano.

Although capable of discharging larger ships, on average the unloader handles vessels carrying around 25,000 tons of cement, taking an average of ten days to unload them.

Cementos Argos plans to keep its Siwertell unloader in operation for as long as possible. “It is a very robust machine,” concludes Mr Desinano. “And if we ever need to replace it, Siwertell will always be our first option. We are extremely grateful for the service and treatment received from all Siwertell personnel. They maintain the spirit of a team, always in accordance with the realities of today’s world.”

Modular conveyors reap rewards from installation through to operation

As good as new: how is your bulk handling operation performing?