Modular conveyors reap rewards from installation through to operation

With the first installation of its new, modular conveyor system in Indonesia, Siwertell shows that innovation is a welcome aspect of the bulk handling industry

Some machines work so well that their technology is often not revisited. Belt conveyors, which quickly transfer goods from one location to another, are one of them. This straightforward technology, with its impressive operational expenditure profile, means that today, moving sidewalks are used at airports to convey people only slightly faster than walking speed.

However, even as other original equipment manufacturers take belt conveyors for granted, Siwertell’s engineers believe that any technology, even the most widely-accepted and implemented, can be improved. Earlier this year, Siwertell completed the first installation of its new, modular conveying system at a coal intake terminal in Cilegon, Indonesia, operated by industrial chemical producer, Asahimas Chemical. 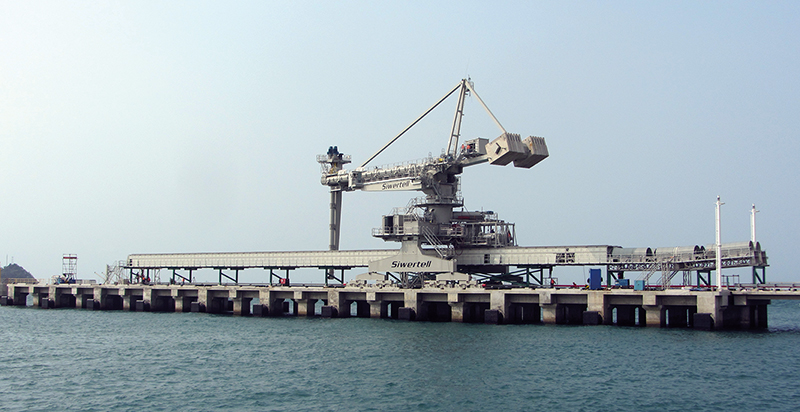 Used to transfer bulk cargoes from unloaders to depot, this modularised version of Siwertell’s standard belt conveyor system was developed in late 2014. It comprises precision-engineered, lightweight, prefabricated frame modules, which can be designed horizontally, or to various inclines. Once these are mounted in place, a conveyor belt is installed along the entire length of the modules; different belt widths are available, ranging from 1m to 2.6m in 200mm increments.

The Siwertell system at Cilegon includes one ST790 D-type shipunloader and two belt conveyors, each capable of unloading cargo at 1,400t/h. The unloading system is designed for handling coal, destined for use at a local power production plant, which was recently commissioned by Asahimas. The coal is transferred to the warehouse via the two parallel 211m-long belt conveyors, forming an integral part of the total cargo handling system that supplies coal to the power plant’s boilers.

Components of the system were transferred to the site under the supervision of Siwertell. With the help of an assisting crane, Siwertell supervisors were able to complete the pre-assembly phase of the installation, involving the assembly of the 18m prefabricated module sections, in the space of only two days. 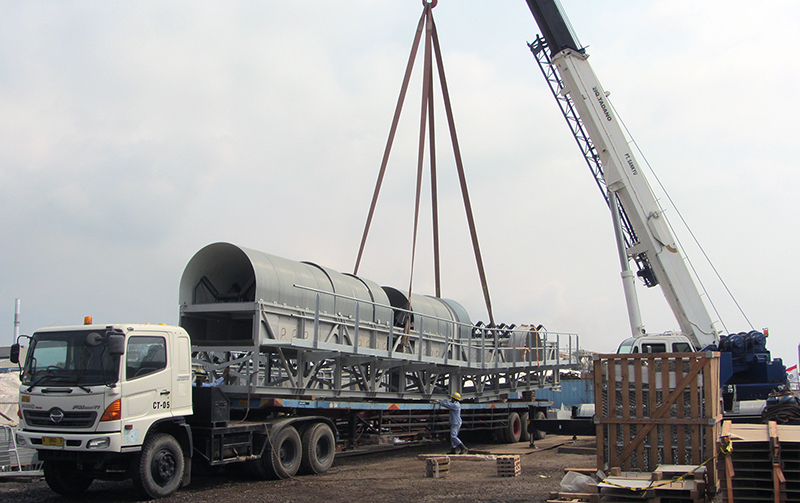 “All frame parts had temporarily been assembled during manufacturing, which facilitated the entire pre-assembly and installation processes,” explains Fredrik Gustavsson, Siwertell Surveyor, who worked on-site in Indonesia during the project as an assembly supervisor. “The main advantage of our modular belt conveyor system is the massive reduction in the time it takes to pre-assemble and install the modules. In many ways, it reminds me of building with Lego.

“Our modular system components are also comparatively light weight,” Mr Gustavsson continues. “This makes them much easier to transport.”

Siwertell also undertook commissioning, testing, and training as part of the agreement, as well as supplying a stock of essential spare parts.

Belt conveyor systems offer many efficiency and capacity advantages over other types, making them an excellent choice where large-scale bulk handling capacity is required. Sometimes they are the only choice, as with very high-capacity applications, such as coal handling, where Siwertell’s largest screw-type unloader system is capable of discharging at a rate in excess of 3,000t/h.

Where scrupulously clean operations are essential for handling dusty dry bulk materials, and cargoes such as sulfur and biomass, where contact with the outside environment must be kept to a minimum, Siwertell’s market-leading range of totally-enclosed screw-type conveyors are an ideal choice. However, full containment is not always necessary, and a simple conveyor belt system, whether large or small, can prove to be an excellent alternative. 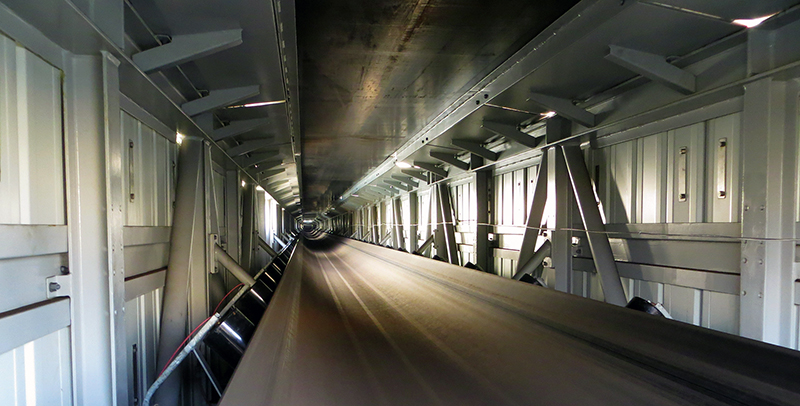 To keep dust creation to a minimum, Siwertell’s modular conveyor system incorporates a dust collector on the belt, and when required they can also be equipped with additional containment measures such as optional covers, spillage plates, and water sprays. While these do not provide full enclosure, they offer ample protection for a large number of bulk cargoes, saving costs both at the purchasing and the operating phases.

A Siwertell belt conveyor, even a large one, also offers a quiet operating profile. While many ports were originally situated some distance away from urban environments, cities have since sprawled toward them, making noise pollution a key concern. While Siwertell today considers noise pollution at the design stage, putting it on a par with any other engineering imperatives such as loading capacity and spillage reduction, belt conveyors produce very little noise during operation and in some scenarios can be preferable to other material handling methods, depending on cargo type.

A major strength of a Siwertell conveyor is its reliability; a continuous motion at a steady rate, and minimal moving parts, contribute to a ‘fit-and-forget’-style of investment. In its bid to improve the system with a new, modular design, Siwertell’s engineers have ensured that the long-established reliability of the belt conveyor has not been compromised.

“Ultimately, belt conveyors have been around since the industrial revolution, and there is a reason for this – simply, they just work,” concludes Mr Gustavsson. “But Siwertell is not about the adequate solution, but the best one; just because it is a well-known mature design, does not mean that, with centuries of combined expertise and knowhow, we cannot improve it. With the invention of a lighter and more cost-effective design using prefabricated modules, we believe we have achieved this.”

Working hard in the tropics