Can you afford to spill? | Bruks Siwertell

Can you afford to spill?

To know why this move is so important, you have to understand why cargo spillage and degradation is a problem. Let us start with grab cranes, because alumina is a high-value dry bulk material, spillage associated with this traditional unloading method costs the industry millions of dollars every year.

Our customers report that, depending on the type of grab crane used for unloading, one to three percent of the entire shipment can be lost during the discharge process from spillage. In contrast, independently-observed tests with Siwertell road-mobile unloaders showed no loss of bulk material. 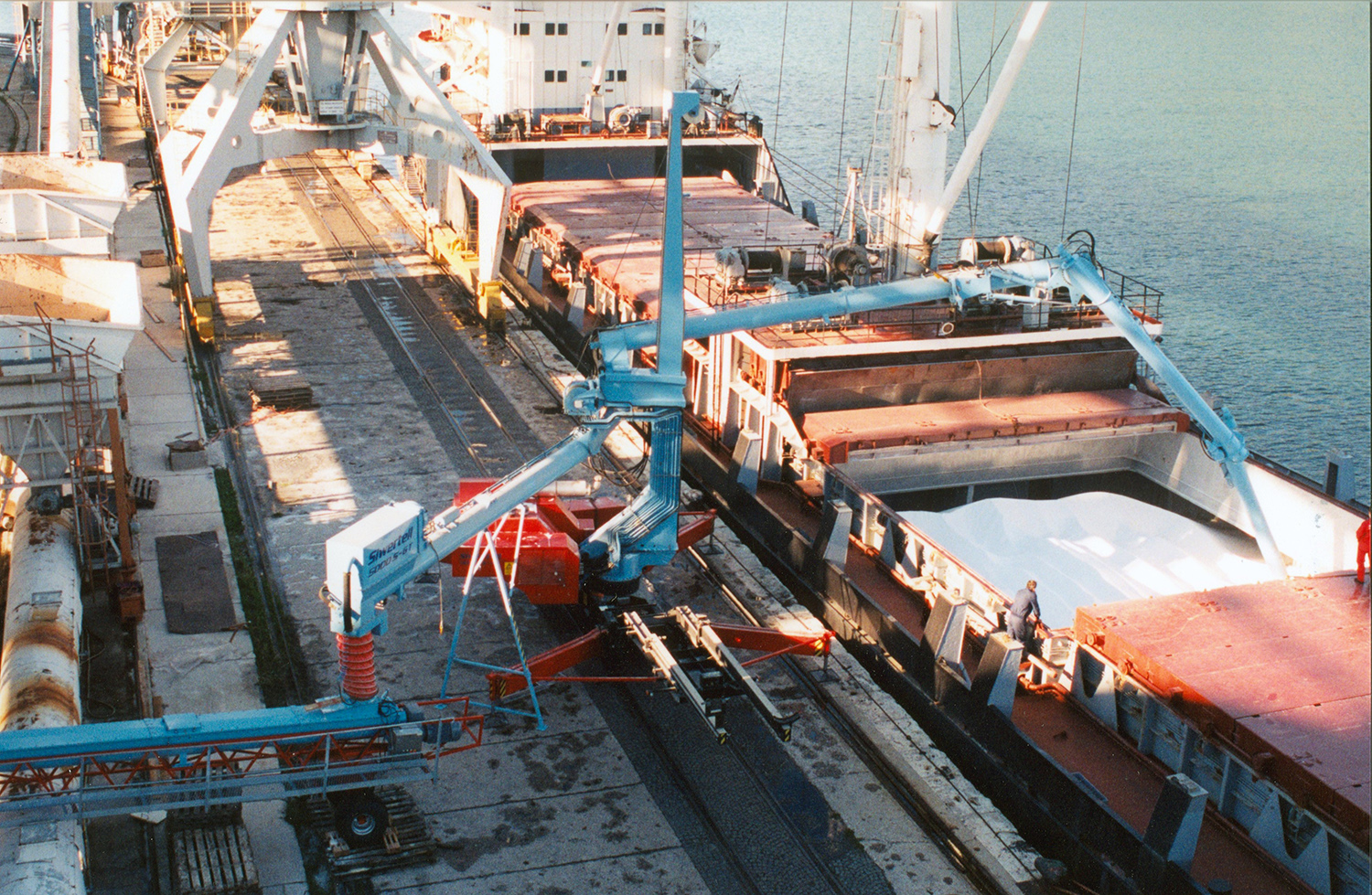 What is more, as grab cranes are not enclosed, alumina, which is a hygroscopic material, absorbs moisture. This increases energy use in aluminum production and can result in imperfections in the product as well.

On the other hand, pneumatic unloaders are totally enclosed, so experience no spillage, but their high-velocity conveying lines mean that cargoes experience multiple collisions throughout the machine causing them to degrade with an associated production of powdery fines.

Reduction of fines on this scale has a huge impact on the smelting plant’s energy consumption because the lower the percentage of fines, the lower the temperature required in the process. We estimate that minimizing cargo degradation by using Siwertell screw-type unloaders across the industry would see annual savings of up to USD 400 million.

Smelting, known as the Hall–Héroult process, involves dissolving aluminum oxide (alumina) in a molten salt bath, and electrolyzing it with a current. Reaching sustained temperatures of almost 1,000 degrees Celsius, the energy use is massive. It is not surprising, therefore, that many smelting plants are often located close to power stations, minimizing energy costs, and countries try to capitalize on their own renewable sources for aluminum production.

For example, three aluminum smelting plants in Iceland use five times as much energy as all the country’s inhabitants, meaning that in total, the country has the highest energy usage per capita of anywhere in the world. However, plants in Iceland have a major competitive advantage with around 85 percent of power requirements sourced from geothermal and hydropower. Most are not that lucky, and not all aluminum can be produced in Iceland.

When we say that Siwertell unloaders can save this industry a huge amount of money, from containment, almost eliminating alumina degradation at the handling phase, and reducing energy demands, this is not just speculation, we have tested it.

In December 2012, at a port in Finland, a performance comparison between the port’s grab crane and a Siwertell 15 000 S road-mobile unloader was carried out. They clearly showed that the Siwertell system is ideal for handling alumina. It eliminated spillage at all stages of the unloading process and reduced dust creation to an absolute minimum.

This is a good time to mention that the grab crane operations were delayed for several hours because of 10m/s winds. In contrast, the winter conditions had little effect on the Siwertell unloader; Siwertell road-mobile unloaders can operate in winds of up to 20m/s.

The local port, railway operator and a major global aluminum producer arranged the alumina comparison to demonstrate that the port would be suitable for the import of alumina for onward transport to Russian aluminum plants, and to determine the optimum unloading equipment. 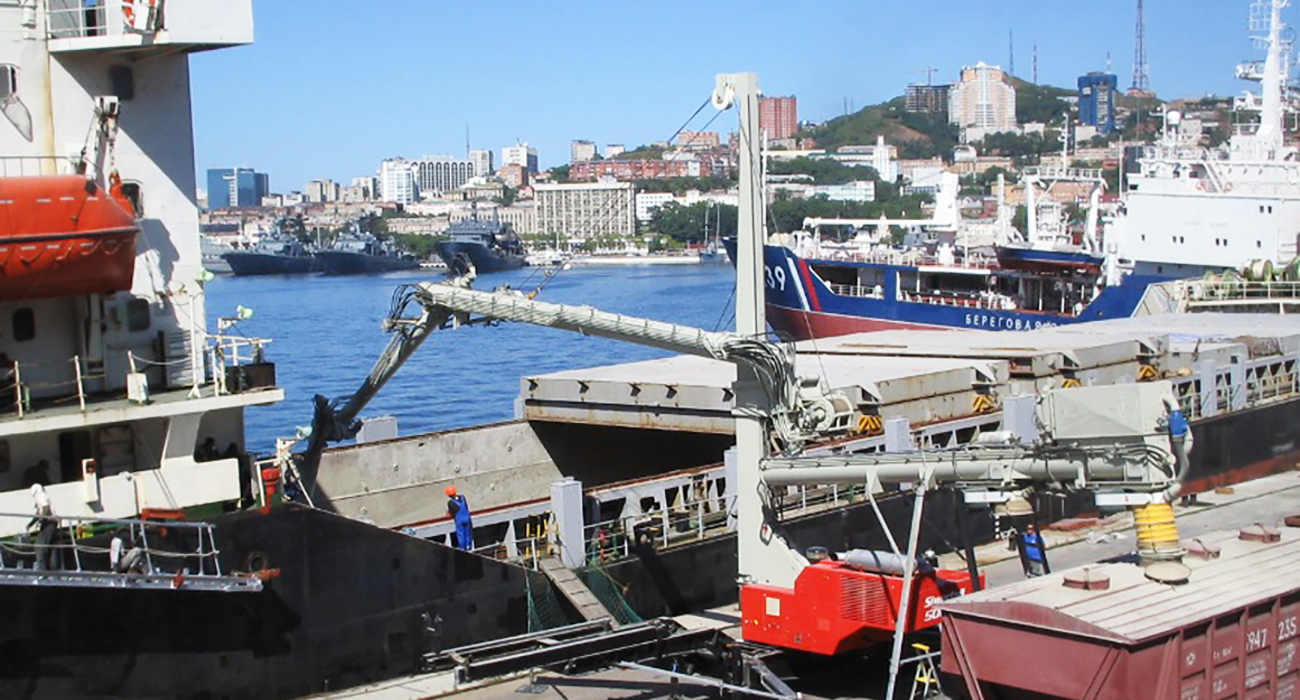 Let us show you

Bruks Siwertell offers large-scale ship unloaders with continuous rated capacities of up to 3,000t/h, and a comprehensive range of road-mobile unloaders for flexible operations at multiple ports. An advantage of the Siwertell road-mobile unloader is that we can arrange to bring a unit to your import terminal so that you can see for yourself exactly how it performs, arriving at your own conclusions regarding the cleanliness, power consumption, discharge rate, cargo degradation level and minimal clean up requirements.

When it comes to alumina handling there is still a quick-win for this segment, less low-hanging fruit, and more lying, ripe, at the base of the tree. So, if your company’s traditional alumina unloading system is near the end of its useful life; we are inviting you to consider your options; one might save millions.