Continuing a long and successful customer relationship, Siwertell has carried out a refurbishment contract with Sin Heng Chan in Singapore, which comprised the upgrade and modernization of its ship unloader.

The work was carried out and supervised by Siwertell in Singapore. It included work on the screw conveyor system, the hydraulic system, electrical slewing machinery, the radio remote system and the operator/machine interface and the PLC system for the unloader and for part of the terminal.

"After upgrading the unloader, several improvements were noted in the quality of the machine", says Factory Manager, Sin Hen Chan, Singapore. "These included elements such as: the discharging operation had improved by 20 percent; cement pick-up form the cargo holds was more efficient; and stability during discharge was improved. Maintenance costs were also reduced by 15 percent for products such as grease and hydraulic oils." 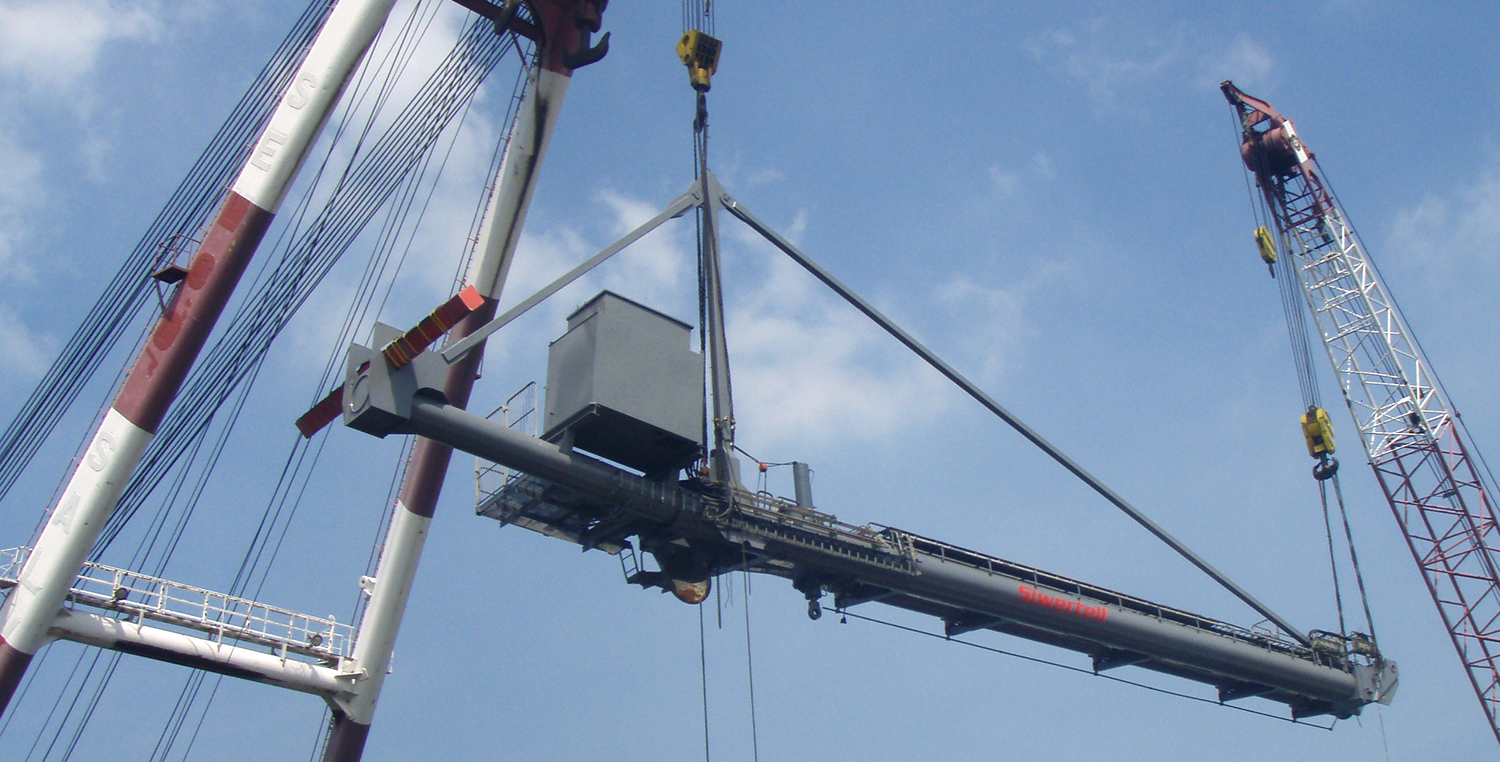 The refurbishment work was carried out in four main phases: installation of operator/machine interface system for the terminal; dismantling the existing system and its transport to and from the work site; refurbishment and assembly of the modernized ship unloader and commissioning and testing.

Dismantling the unloader started with disconnecting the electrical systems in the slewing arm. The vertical and inlet machinery was then lifted down and followed by the vertical arm itself, tension rod arrangement, counterweights, hydraulic cylinders, horizontal arm and turret. They were removed in a predefined order to ensure the machine’s stability and safety for the engineers. Lubrication and hydraulic connections were plugged. When all parts had been lifted down and transported to the work site, Siwertell was able to begin the refurbishment and upgrade work.

The unloader received a number of software and hardware upgrades, including new electrical slewing machinery, a new operating panel for the operator/machine interface system, a new Siwertell radio remote system, a redesigned inlet arrangement and the replacement of worn parts, including the gearbox on the horizontal conveyor.

Refurbishment work on the Siwertell ship unloader was followed by commissioning and testing.

Benefits of an upgrade

The operator benefits from a number advances on the upgraded unloader. This includes a flat-screen, full colour graphic operating panel, which simplifies operations while providing more information. The unit communicates directly with the operating system (PLCs) and the new transmitter box is equipped with a panel for viewing alarms. The new, more informative system can, for example, make fault-tracing and alarm handling quicker and simpler. It can also provide information about the unloading status of a hatch. A tonnage unloaded counter can also be viewed.