Renewable energy is exploding throughout Europe. In March 2019, the UK declared its intention to derive 30 percent of energy demand from offshore wind. Meanwhile, off the Netherlands and Germany, new tenders are being announced for the first subsidy-free offshore wind farms. But while these are promising leads towards meeting the Paris COP21 decarbonization targets, energy sources like wind and solar are intermittent in nature; these countries will still require load-levelling; power supplies which can ramp up and down according to demand.

This need for a staple power source has traditionally been filled using coal. It is straightforward to increase output as required, which power plants have been doing for generations. But as this form of fossil fuel has the highest carbon content, governments are keen to move away from it.

The problem is that there are CO2 emissions imbued in the process of installing any new infrastructure, and wind turbines and solar panels are no exception. Meanwhile, a huge number of coal power plants stand throughout the world; mature, technologically advanced, wired-up, and with any kinks in their regional infrastructure long ironed-out. But what to do with them?

There are a number of ways for a power plant to diversify its fuel supply away from coal, and in recent times this has meant burning biomass, small pellets predominantly assembled from waste generated by the wood industries. Some plants, such as Drax power station in the UK, burn coal in one boiler and biomass in another; others burn a mixture of the two fuels, known as co-firing. 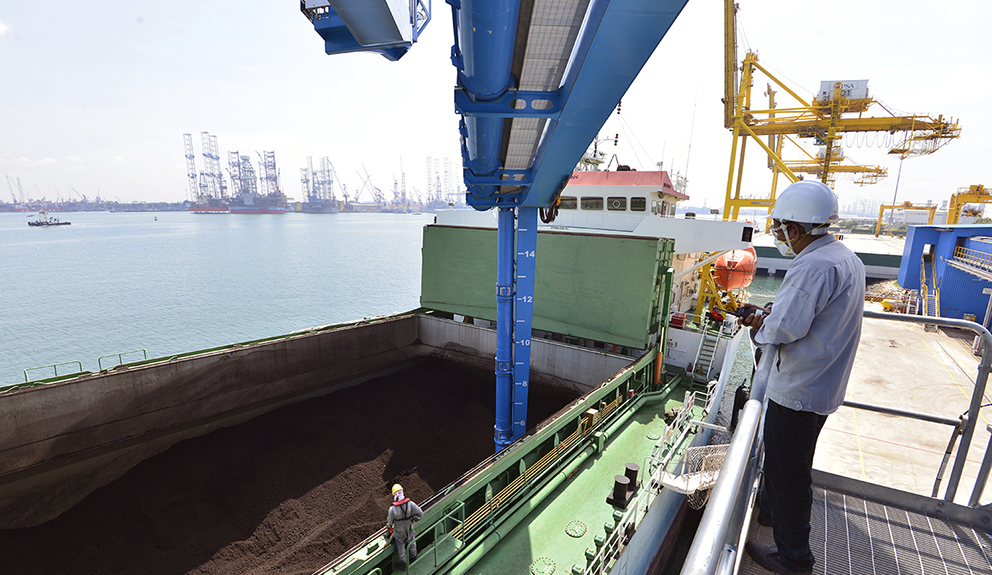 Cutting waste to a minimum

Like coal, biomass has its own handling requirements. The reason that biomass is compressed into pellets is to create a uniform, optimal size, as well as reducing moisture from 50 percent in a conventional log to 10 percent, improving combustion efficiency. Another consideration is that wood is less energy-dense than hydrocarbons, meaning that considerably more biomass, in the region of 20 percent, must be burned by volume to get the same degree of energy.

These two challenges create difficulties at power plants, but also, by extension, every other phase of the handling chain. In Europe, most biomass comes from abroad; around half from the US, and more from Russia, the Baltic Region, and Africa. It must be loaded onto trucks or railcars, loaded onto ships, unloaded from ships and, in some cases, loaded onto trucks or into railcars again. This is not to mention the incredible number of handling changes at the plant itself. Yet at every phase of this chain comes the risk of spoilage and diminishing its usefulness as fuel.

This makes it imperative for each phase of material handling to operate as optimally as possible, reducing losses through spillage and damage to the fuel, including degradation that could result in the production of dust and fines. Fines do not burn evenly, and must be removed from the cargo at the plant, creating losses and ultimately wasting the valuable wood resource.

Spoilage of biomass is incurred in many different ways. But at ports and terminals, it can be propagated by machines with inferior handling capabilities, which are not optimized for handling this delicate fuel. 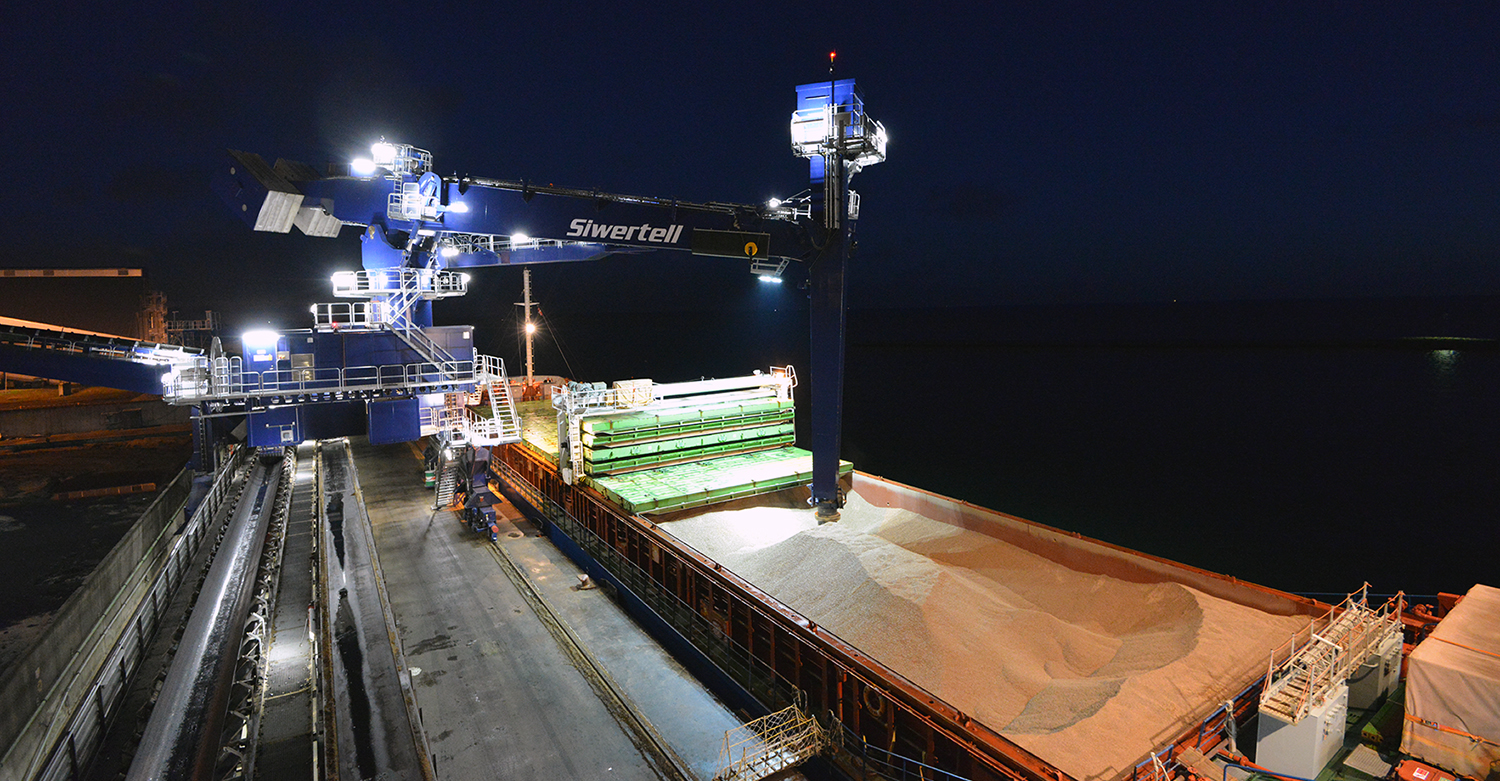 Naturally, cargoes destined for power plants contain a lot of potential energy. Particularly with biomass, hotspots in the cargo must be avoided. Fortunately, Siwertell unloaders can manage these with ease and all unloaders destined for handling biofuel use a safety system based on the Siwertell sulfur safety system (4S); developed specifically for contained handling of one of the most hazardous bulk cargoes, sulfur. The 4S extinguishes fires as soon as they occur and contain the cargoes’ most destructive possibility – explosion – easily venting the gases away and preventing potentially life-threatening destruction.

As coal-fired power stations switch to biofuels, such as biomass pellets, it is important to maintain operational efficiency. Material handling systems must be able to maintain critical fuel supplies, regardless of fuel type. The same Siwertell unloader can handle a shipment of coal, of all varieties, and within moments, without any modifications, biomass pellets. The switch is made without any adverse effects to either cargo, which means that both coal and biomass can make it to the plant without having to separate off a large portion of it before it is loaded into the boilers. This is invaluable at major co-firing power stations, such as Drax, where two Siwertell ST790-D-type unloaders have been unloading bulk carriers of between 25,000 dwt and 50,000 dwt at the nearby Immingham Renewable Fuels Terminal (IRFT) since 2014.

It may be that all such power plants eventually switch to biomass fuel. Another Siwertell customer, Ørsted, formally Denmark Oil and Gas (Dong Energy), has eliminated coal use at its industry-leading Avedøre combined heat and power (CHP) station, and plans to replace it completely with biomass in its other plants by 2023. The Siwertell unloader – in this case an ST 790-D model – which has operated at Avedøre harbor since 2013, now unloads exclusively biomass, having made the switch effortlessly in 2016, along with the rest of the plant.

Questions remain whether biomass is a sustainable replacement for coal, but with power-generation plants such as Drax now capturing and storing CO2 in a bid to make it the world’s first negative emissions power station, news on the horizon looks positive. Furthermore, operators do not need to take a risk with their material handling equipment, as time and time again, Siwertell unloaders prove their superior handling capabilities and their flexibility when unloading multiple different cargoes.