For centuries, coal has provided a cheap, stable source of heat and power for millions, but times are changing; a collective approach to reduce its environmental impact and drive sustainable energy generation is needed. Per Karlsson, President, Siwertell AB, part of Bruks Siwertell Group, explains how efficient port technology can help make coal handling more sustainable as the world transitions.

Coal is a major dry bulk cargo traded all over the world for use in power plants and industrial processes such as steelmaking. It is required in huge volumes, with the World Coal Association (WCA) estimating that international trade reached 1.2 billion metric tonnes in 2019. However, the WCA notes that this figure only accounts for about 21 percent of the total coal consumed, as most coal is used in the country where it is mined.

In the face of coal’s continuing popularity, there are significant industry strides to make its use more sustainable. In the spotlight are high-efficiency, low-emission (HELE) coal-fired power plants, which employ carbon capture, use and storage (CCUS). The WCA cites that by increasing the current average global efficiency rate of coal-fired power plants from 37.5 percent to 47.5 percent, CO2 emissions could be cut by two gigatons.

The WCA is confident that near-zero emissions from burning coal is a possibility with the use of these new power plants. However, for sustainability, every part of the coal logistics chain has to come under environmental scrutiny. This includes the way it is handled and received by ports.

Dominating the port skyline for decades are grab cranes. Solid, flexible machinery that was best on the market when introduced. Now, with no containment for dust emissions and a spillage rate of up to two percent per load, we have to question whether these are still acceptable for handling coal. Spilled cargo is wasted cargo, fundamentally impacting the environment, and the efficiency and profitability of an operation. We believe that we can do much better in terms of efficiency and the environment. 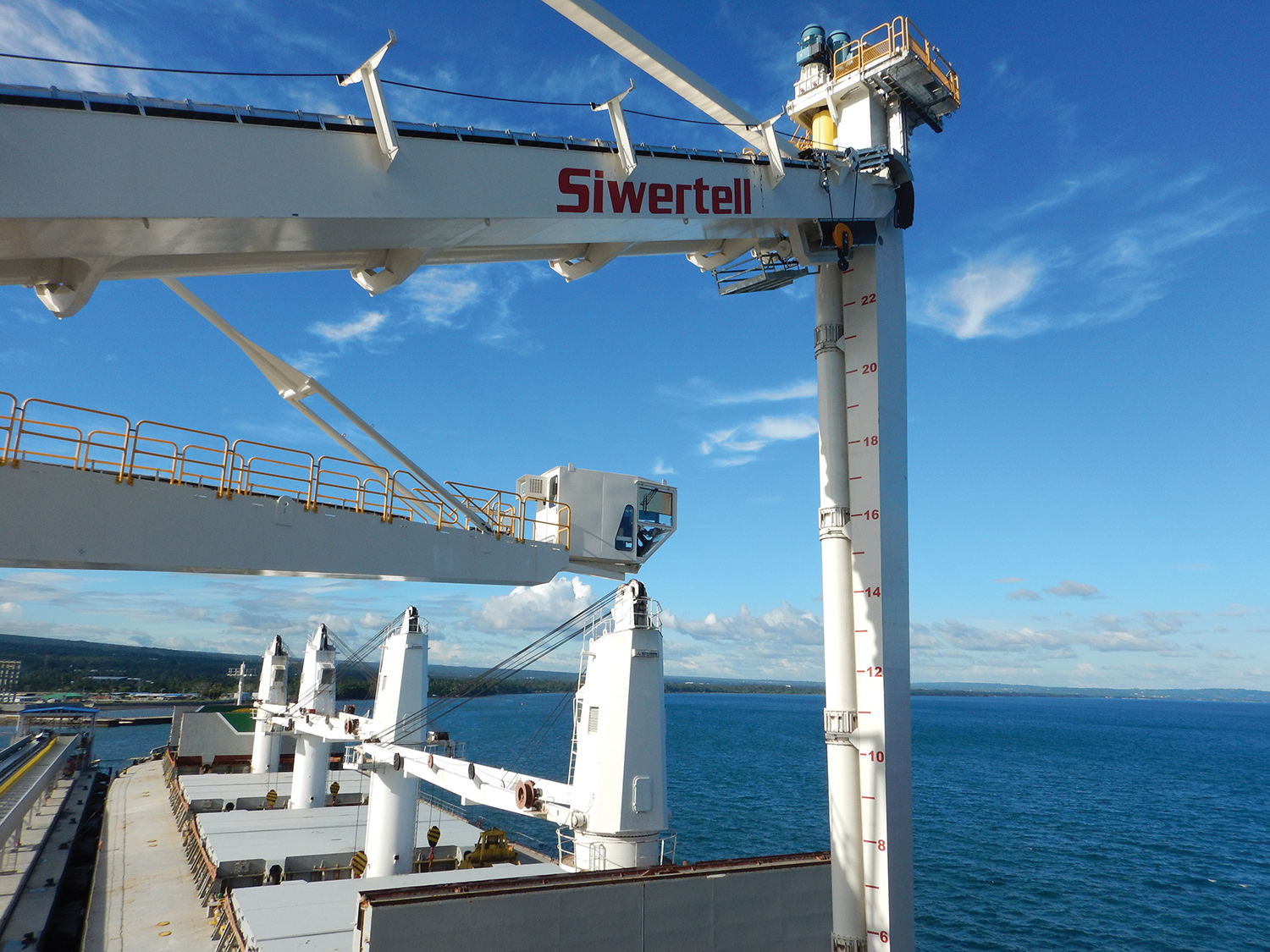 For ship unloading, we define the efficiency of our machines by comparing the actual through-ship unloading capacity against its rated capacity. A grab crane, for example, offers efficiencies of between 50 and 60 percent, and, in comparison, our totally enclosed Siwertell screw-type ship unloaders deliver efficiencies of 70 percent or more.

When considering average capacity, for our calculations, this always includes all movements between the different holds, as well as handling the excavator in and out of them, down to a machine clean level; sweeping is excluded. To understand how unloading methods and machines stack-up against each other and genuinely perform, you need to compare the same parameters and take everything into account.

For example, a performance test was carried out with two Siwertell unloaders, each with a rated capacity of 2,200t/h, discharging a 80,000 dwt vessel, fully loaded with coal. The unloaders delivered an average capacity above 77 percent; the time it took to completely unload the vessel including all movements as well as handling the excavators. This performance is outstanding if you take into account that as rated capacities increase, it is more difficult to keep a high average capacity because of the larger differences between clean-up and rated capacities.

The steady, continuous unloading profile offered by a Siwertell ship unloader is maintained regardless of cargoes levels in the hold. In comparison, with grab cranes, for example, at the beginning of an unloading operation, the grab only travels a very short distance to reach the cargo. However, as more bulk material is unloaded, the greater the distance the grab has to travel, into and out of the hold. Therefore, the efficiency progressively decreases.

A Siwertell unloader’s conveying arm can also reach under the hatch coamings and into the corners of a hold. This capability adds to their high average through-ship capacities, impacting the efficiency and profitability of a terminal.

By overcoming containment, through an enclosed conveying line, eliminating spillage and dust emissions, and by offering the highest average through-ship capacities on the market, a Siwertell unloader tackles two of the main environmental drawbacks of unloading coal with a grab.

They also out-perform other heavy machinery including bucket chain unloaders. These are not completely enclosed in the material transfer between the vertical and horizontal conveyor, so fugitive dust is still an issue. Meanwhile, chain unloaders are enclosed, but cannot withstand any digging forces, making them less suitable for compacted bulk like coal.

There is also a very special thing that a Siwertell unloader can do; it can efficiently support coal-fired power plants with co-firing – burning coal and biomass – through to their complete transition to only burning biomass and achieving carbon-neutral, sustainable power generation.

On average, biomass is about half the density of coal with only two-thirds of its calorific value, driving up required volumes for the same energy output.

This step-up in demand is not as simple as it sounds, in addition to these increased volumes, biomass requires careful handling as pellets are fragile, and break down if not unloaded, stored and conveyed correctly. They are also very dusty and prone to self-ignite; other factors that systems that unload them have to accommodate. A Siwertell ship unloader is the only totally enclosed unloader capable of this.

Switching from coal to biomass makes good use of the carbon emissions already imbued in the construction of the power station itself and its infrastructure. Furthermore, if biomass is sourced sustainably and carbon-capture from burning it is adopted, then it holds great promise. 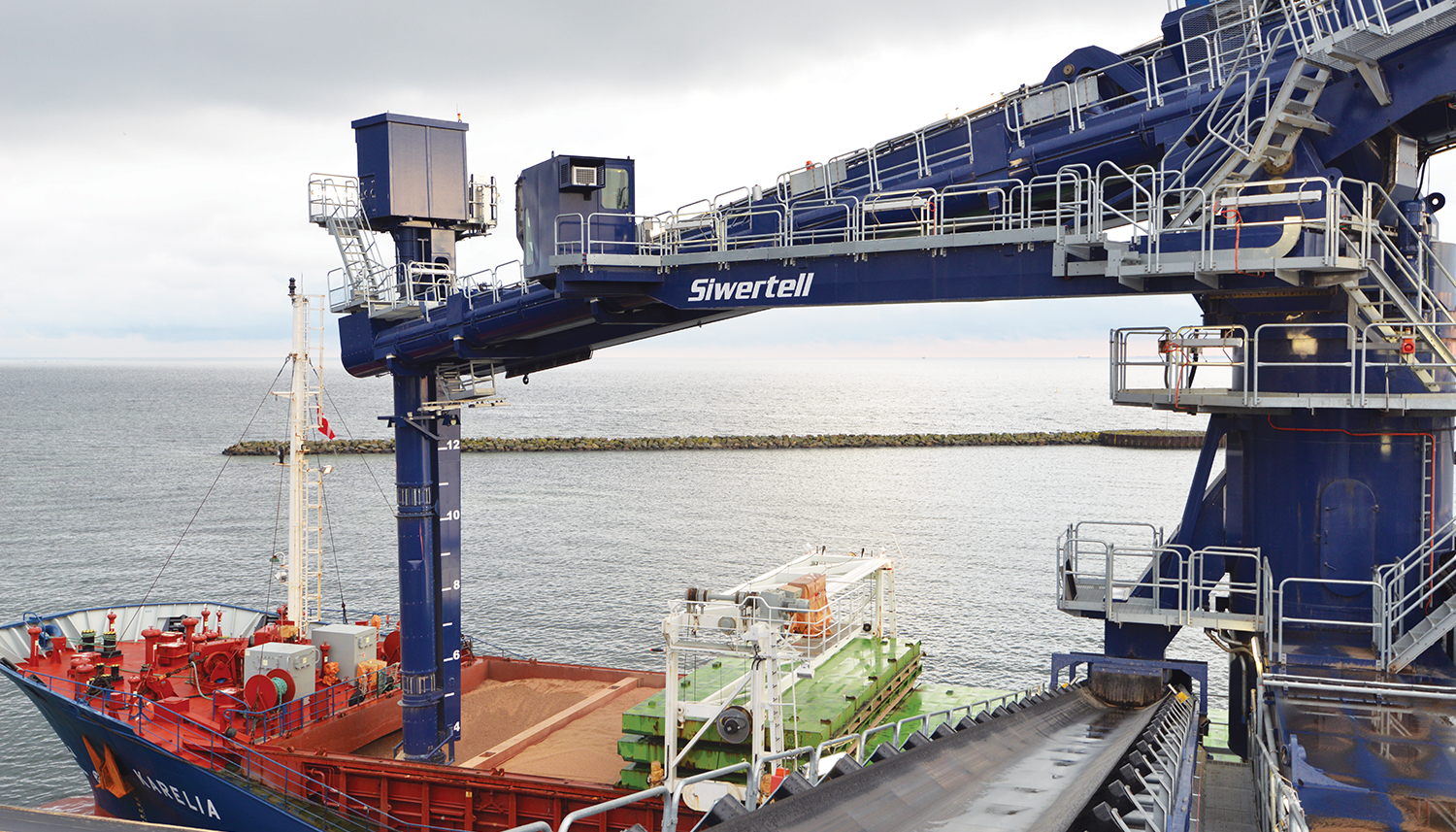 Power stations already making that switch are numerous, and they are backed-up with our expertise. In the UK, Drax has almost made a complete transition away from coal; it represented three percent of its power generation in 2019, down from 30 percent in 2016. The power station supplies the UK with about six percent of its renewable power. The lion’s share of wood pellet supply for Drax’s boilers are US imports, which are processed and handled using our Bruks wood-processing equipment, truck receiving and ship loading systems.

Drax receives biomass unloaded at several UK locations including the Immingham Renewable Fuels Terminal (IRFT), operated by Associated British Ports, where the US wood pellets arrive on dedicated self-trimming bulk vessels of between 25,000 and 50,000 dwt. Since 2014, these cargoes have been discharged by two rail-mounted ST 790-D Siwertell ship unloaders and prior to that they handled coal.

In 2016, the Ligna Biomass terminal in Liverpool, UK, came online. Operated by Peel Ports, the material terminal can store up to 110,000 metric tons of biomass. Like IRFT, Ligna is equipped with two ST 790-D high-capacity unloaders, which supply the power station with up to ten train loads of pellets per day and account for up to 40 percent of the total biomass consumed by Drax each year. 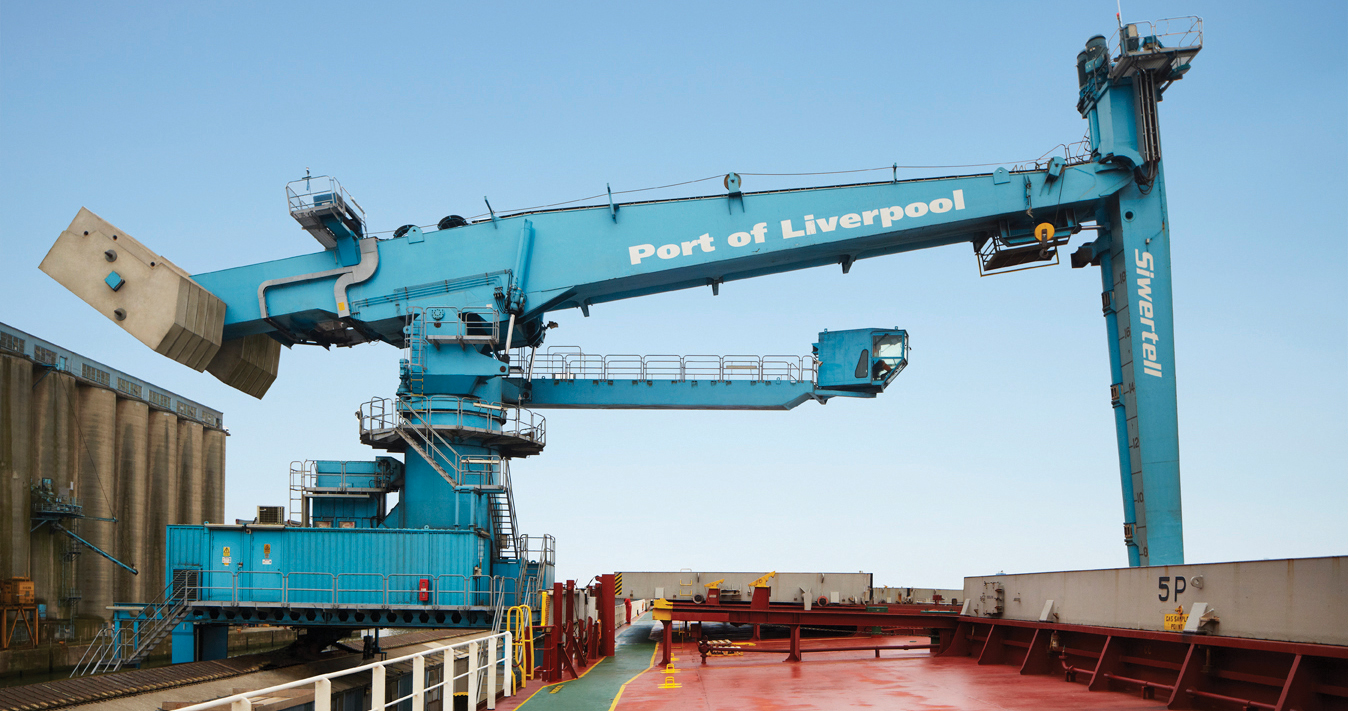 Denmark, like many of its Scandinavian neighbors, has also made significant strides towards sustainable energy production. The Avedøre combined heat and power (CHP) station is one of the most efficient in the world, able to burn coal with as much as 94 percent efficiency by converting 49 percent of its potential energy into electricity and distributing the other 45 percent as residential and industrial district heating.

Operator Ørsted, formally Denmark Oil and Gas (Dong Energy), has reduced its coal use by 73 percent since 2006, replacing it at its various power plants with biomass, as part of its target to ultimately phase out coal power completely by 2023.

For our part, a rail-mounted high-capacity Siwertell ST 790-D unloader has operated in the Avedøre harbor since 2013. Again, originally ordered for unloading both coal and biomass cargoes interchangeably. It now handles 100 percent biomass, after Ørsted converted the plant for full-biomass operation in 2016.

In Asia, biomass often takes the form not only of wood pellets, but also palm kernel shells from Indonesia and Malaysia. In southeast Asia, at the Tembusu Multi-Utilities Complex (TMUC) on Jurong Island in Singapore, a combination of energy production, desalination, and wastewater treatment is powered using coal, wood chips, and palm kernel shells. Two ST 640-M rail-mounted Siwertell unloaders have served TMUC since 2012, alternating between unloading coal and various biomass cargoes in a seamless and environmentally friendly way.

So, the shifts in sustainable power are present, and we are responding to these market changes in the most efficient way possible. Many arguments are still ongoing as to the environmental impact of biomass, but one thing is clearly evident, to be sustainable, a dry bulk unloading system must be efficient, and absolutely cannot waste valuable material through spillage, or pollute the environment with dust emissions.