Recent feedback from a long-standing operator of Siwertell equipment has resulted in an unequivocal recommendation for using a Siwertell ship unloader to handle sulfur; one of the world’s most corrosive and hazardous dry bulk commodities.

Once sulfur is contained, it poses a major risk to its handlers in the form of ‘hot spots’ creating the potential to explode and cause fires. As the only totally-enclosed, high capacity system capable of handling such a volatile cargo safely, Siwertell screw-type ship unloaders offer a vital lifeline for sulfur importers with demanding environmental targets to meet.

One such operator is Fremantle Ports; business name of the Western Australia Government’s trading enterprise, Freemantle Port Authority. Its Siwertell unloader was commissioned in 2001, primarily for handling sulfur, and since then it has completed 114 separate vessel discharges totaling approximately eight million metric tons of the commodity.

Spokesperson for the operator, Andrew Hathaway, Kwinana Bulk Jetty Coordinator, says: “Over a long period, the Siwertell unloader has proved to be a very reliable machine and an excellent choice for discharging sulfur.

“It is an easy machine to operate and maintain and we have always experienced outstanding back up support from Siwertell. Fremantle Ports has no hesitation in recommending this machine for the purpose of handling the type of sulfur we import,” highlights Mr Hathaway. 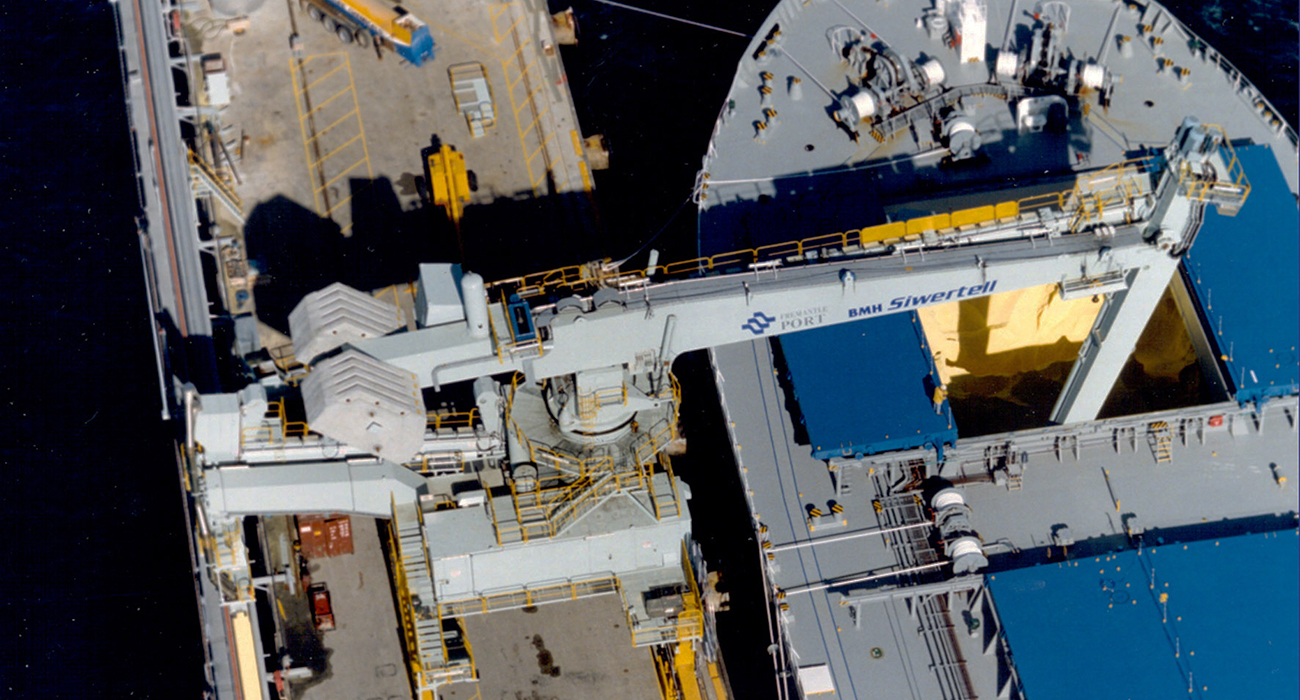 “The major advantage that the Siwertell unloader has over other systems is the enclosed conveying line, which provides excellent environmental benefits through the reduction of spillage and containment of the sulfur,” he says.

“We also use our Siwertell unit to unload fertilizer and have unloaded an additional three and a half million metric tons of multiple types of fertilizer over the past 18 years,” he adds.

The types of vessels it receives are predominantly Panamax-size and ungeared, so they have no shipboard cranes. “We usually discharge 71,500 metric tons per vessel,” explains Mr Hathaway. “We can unload at a rate of 1,250t/h, but have a through-put – tie up to let go – of 600t/h. Our through-put is impacted by a reduced capacity in our storage shed, which limits our ability to maximize the Siwertell unloader’s full unloading rate.

“The imported sulfur comes from Vancouver, Canada, and is a bright yellow-type in a mixture of prill, slate and pastel with a typical moisture content of between two and three percent,” he continues. “The sulfur is handled extremely well through the Siwertell unloader; cargo flows easily into the bottom inlet feeder and through the machine, and we have not had any issues with degradation of the cargo.

“Our Siwertell unloader has specific safety features for handling the sulfur including both water and fire-suppression systems,” notes Mr Hathaway. “It also has blast covers fitted along the Siwertell conveyor tubes.” 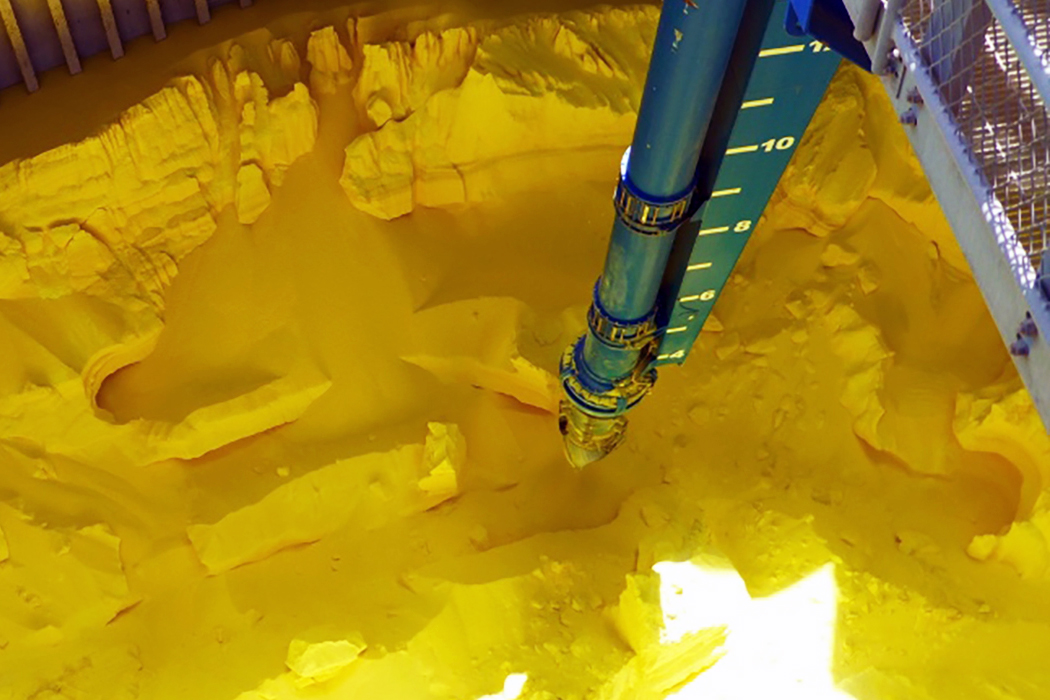 Bruks Siwertell has built up valuable knowledge with regard to the dangers of handling sulfur in a confined environment. It knows how to deal with these dangers and is adding to this knowledge all the time.

All Siwertell unloaders, delivered to handle sulfur, are fitted with the Siwertell Sulfur Safety System (4S). It the result of several years of research, modeling and testing, and multiple systems in the field speak for themselves.

The 4S detects and extinguishes fires early, shutting down the system to stop their spread, and safely containing them before they can become a full-blown blaze. It does this by spraying water on the cargo at the inlet feeder and at conveyor transfer points. An automatic system lubricates and cools the end and intermediate bearings to reduce the risk of ignition.

Fire detectors are installed along the length of the conveying line. They automatically start the water spray fire-extinguishing system and stop the conveyors to prevent a fire from spreading to storage areas.

To contain explosions, the conveyor’s steel casings are reinforced and explosion-venting valves are fitted along the conveyors to relieve pressure.

Siwertell sulfur-handling ship unloaders have been supplied to the market for over 30 years. Bruks Siwertell has many successful 4S references from satisfied customers, confirming the excellent safety records of the Siwertell sulfur unloaders installed at their sites.